We recently analyzed the Alexa Skill ratings for December.

The top Skills for December based on the total number of ratings didn’t change too much from November, with one exception. The Would you Rather Skill jumped up five spots from 13th to 8th. It’s a game wherein players choose what they rather do – for example, would you rather skip Christmas or your birthday this year? They released a special holiday edition which may have contributed to the increase in ratings. 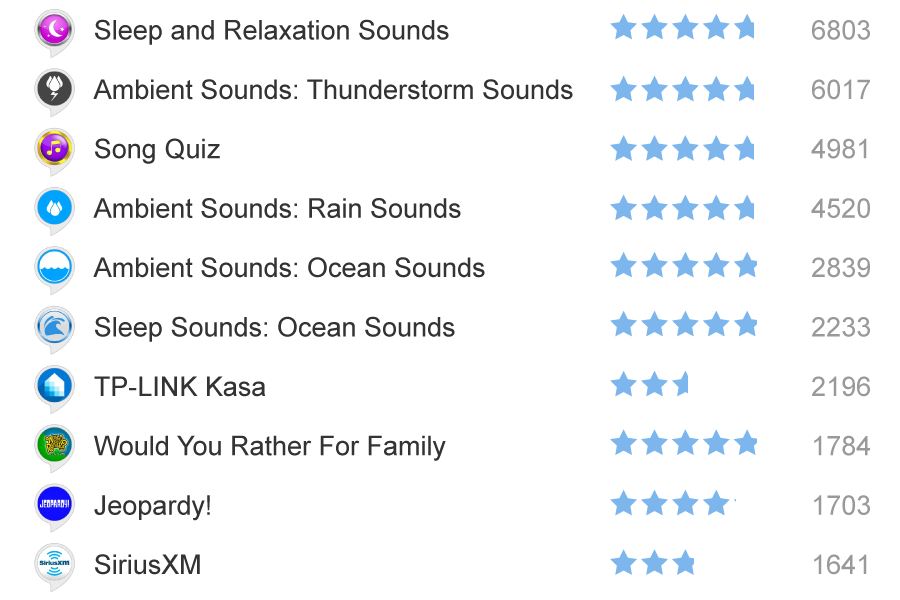 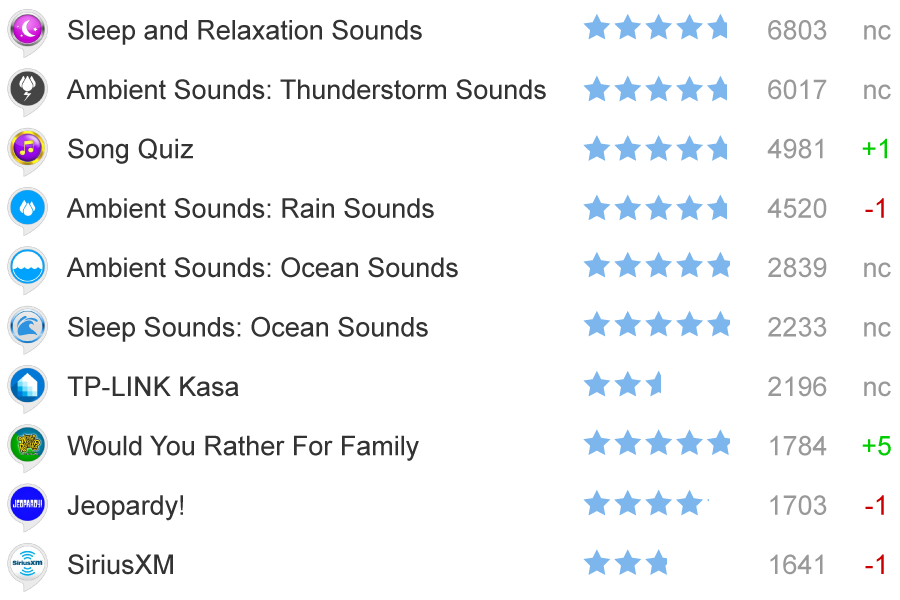 There were over 1,600 new skills added during December. Volley’s Holiday Song Quiz had the most number of ratings out of any new skills – more than double the next closest. 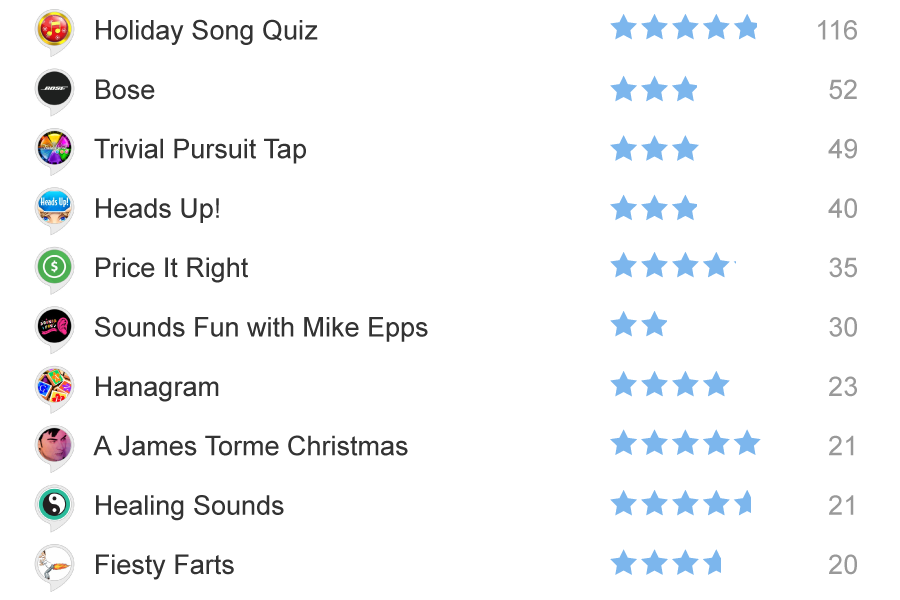 Want to see how your Skills compare to others based on the store rankings?

At Dashbot, we offer a competitive intelligence report for Alexa Skill ratings. You can check it out for free at https://www.dashbot.io/ci/alexa.

With our Alexa competitive intelligence report, you can compare the ratings of Skills over time and even save Skills to your watch list.

Dashbot: To Click or to Chat… That is the Question…

To Click Or To Chat…That Is Still The Question