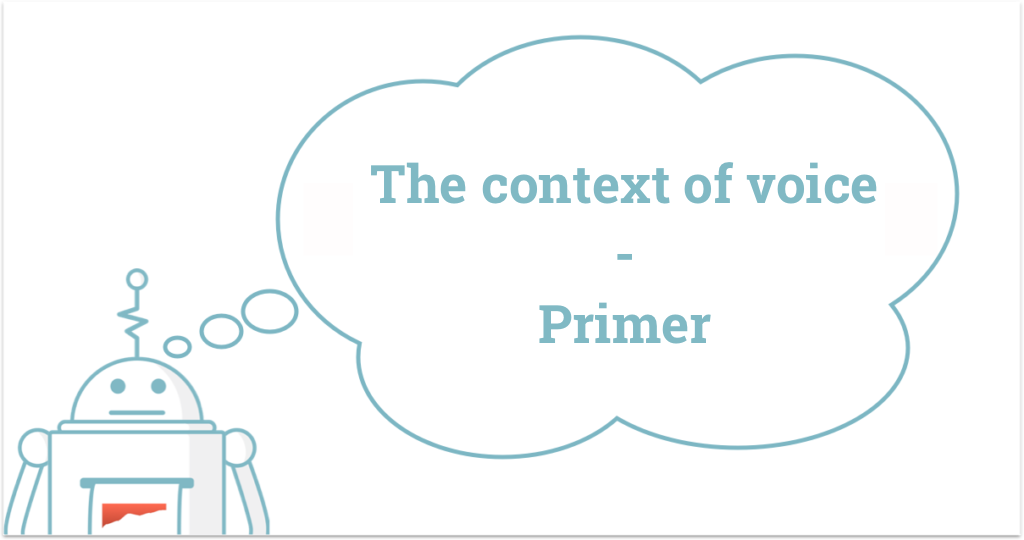 Want to know more about the context in which voice assistants are used?
We have compiled the key facts and figures of existing studies in this quick primer.

Smartphones and cars top the numbers of monthly users. This is somewhat logical when considering that:
– most smartphones and car natively embed voice assistants
– the penetration of smartphones and car among the population is very high
– smartphones are following their owner everywhere
– Americans spend in average 54 minutes in their car every day
– voice was available in cars as early as 2004, 10 years before the first smart speaker

However, at home users are much more engaged with smart speakers: these are way in the lead when it comes to the proportion of daily use.

Top use cases vary depending on the context 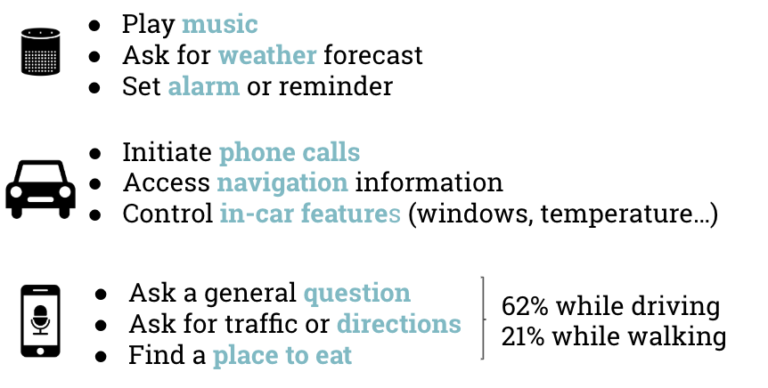 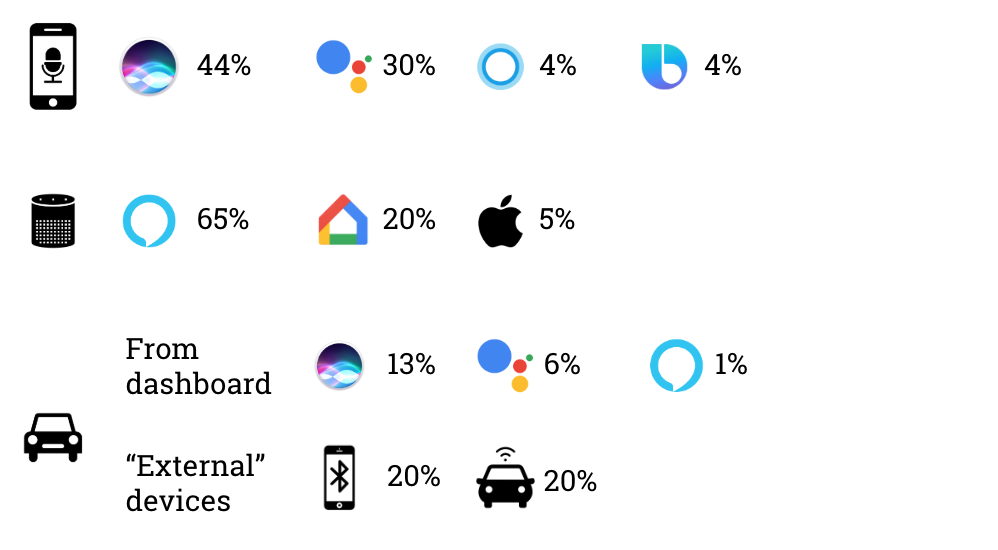 At home, some locations are preferred for smart speakers

The car is a complex context for voice interactions

The specifics of driving impact the conversation paths and content :